The Centre will provide the opportunity for translations and dissemination of migrant and refugee research through publications and conferences.

Kim, H. & Hocking, C. (2015). Attending to everyday activities: A new perspective on the empowerment and liberation of immigrants. Social Dialogue (7), The International Association of Schools of Social Work.

Wong, G. (2013) Family influences on Asian youth smoking in the context of culture and migration to New Zealand. A thesis submitted to Auckland University of Technology in fulfillment of the requirements for the degree of Doctor of Philosophy 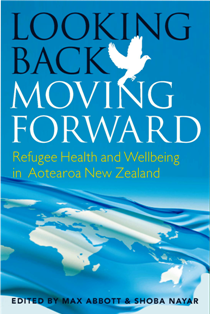 The book contains the texts and selections of addresses and papers that were presented at a national conference on November 2009. The event focused on refugee resettlement, health and wellbeing.

DeSouza, R. (2011). Doing it for ourselves and our children: Refugee women on their own in New Zealand. Report prepared for Refugee Services Aotearoa New Zealand.

The Centre for Migrant and Refugee Research has been involved in the organization and support of the 'refugee' stream.